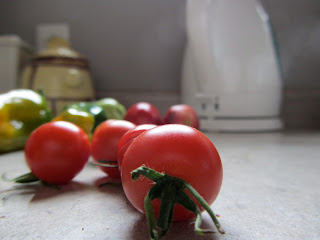 It's finally cold enough that part of our garden can be dismantled.  It's hard to believe that we are still picking greens, kholrabri, and turnips (blech). Garden in the ground?  Oh it must be Thanksgiving, right?  That makes perfect sense.  With this late, warm fall finally coming to a close, I thought I would recap some of this season's green thumb farmer adventures.


Humility Through Hops
My mother-in-law's words haunt this experiment.  "I've got a hops vine in my yard and its impossible to kill", she said.  It was a bittersweet feeling proving her wrong.  As I alluded to in an earlier post this spring, I did not end up having much luck with the hops.  There were two significant logistical hurdles that could not be overcome including the unusually wet spring and my hops field location.

The most significant challenge, by far, was the unusually long, wet spring.  The problem I discovered was that the above average rainfall created a large period of time for my rhizomes to sit in our cool, damp refrigerator.  Prolonged exposure to these conditions promotes rotting and that is exactly what I experienced.  That being said, well over 75% were unaffected.  Still, that starts chipping away at this project's success.

My hops sources told me that the rhizomes really had to be in the ground, at the latest, by mid May.  My mail order rhizomes were available for pick-up in late March. I thought maybe they ought to be placed in some soil to preserve them while they sat in my refrigerator, but that is ill advised.  Everything I was told or read said that the soil would trigger the growth and rooting in the rhizomes.  While in this fragile state, the chance of survival would be negatively impacted when transplanted to the ground.  So, they sat and sat in the refrigerator.  I threw caution to the wind and finally planted them as they were just going to rot in the refrigerator if I'd waited till early June, when it was finally dry and appropriate for planting.  As expected, the soil was too wet and dense and therefore not conducive for growing anything, let alone a resilient hops plant.

My other logistical issue was geography.  I'm only an hour and ten minutes, door to door, to my parent's farm and location of my hops experiment.  That is assuming no rush hour traffic, accidents, but at an appropriate speed limit.  If you've spent any time on I-69 north of Indianapolis, this is not always a safe assumption.  It's not far, until I need to be there consecutive days during the week.  Early on, I really needed to be there for multiple days a week to water and weed.  I also needed to be tending to the  during those few days when the vines needed training.  These needs won't always manifest on a weekend, the only available time I really have to warrant a trip to the farm.  If this was my backyard, growing hops would be easier.  But you've seen my back yard in earlier posts. It's not large and it's currently occupied - and not by that social movement!

Will I give the hops another chance this next spring? The poles are in the ground and there will be turned soil at my disposal.  So in that regard, there'd be less work.  I could also likely assume that next spring would experience average precipitation.  However, I still have this geographic problem with my field.  One could also look back and say, "what the hell were you doing?"  with your second baby due in May and a Masters thesis you weren't interested in touching.  Let's leave that alone, shall we?  I still have that thesis to complete.  So, I'll be generous and consider my hops experiment a game time decision next spring.

Backyard Chickens
Here we have another project conducted right around the time we had our second baby.  Regardless, our chickens are a success.  For a couple of months now, we've had a steady stream of eggs.  Comparing the hops experiment to the backyard chickens, it becomes clear that you really have to be within close proximity to these sorts of experiments.  Everything that needs tending is conveniently tucked away in the corner of the yard.  I'm going to need to be close to this project in the winter, what with battling freezing drinking water and potentially heat in the shithouse coop.  I use the term shithouse in that it's a kids toy outhouse re-purposed as a chicken coop and not a reference to its craftsmanship.  Anyway, the chickens are a home run.


The Garden
Finishing at around the .320 mark was this year's garden.   It could be characterized as a handful of wins and losses.  This year, The biggest winners were the leafy greens.  The spring planting was really fantastic.  For weeks, we had great tasting spinach, greens, and different varieties of lettuce.  We even got a second, albeit less bountiful, late season crop.   Our kohlrabi was good.  Our bell peppers were a hit. The tomatoes and beans were not very successful.  That's too bad as I really like tomatoes.


What's next?
With two of three agricultural projects success, I consider this growing season a win.  I'm already thinking about next year.  I'm considering backyard bees tucked away somewhere in our 'spacious' yard.  We'll probably spend some time figuring out how we could organically maximize tomato yields.  Also likely is an annex to la casa de polio.  I've also been interested in cold frames.  Or perhaps even some grander scheming I've been mulling around in my head.  There's so much experimentation and technique refining that I wish I could quit my job in order to free up more time.   The future is bright!
Posted by Unknown at 4:46 AM