Before my current abrasive metal and punk rock dual eras, and before my dabbles in electronic and the Grateful Dead, and during my long lasting classic rock immersion, there was the grunge era.   I graduated from high school in 1996, deep in heart of God's country (a.k.a. east central Indiana).  The Internet was nowhere near where it is today and there were lots of open space.  So, there was some musical isolation at play.  Yet my adolescent ear holes were filled with the sounds from alternative rock radio in Indy, a rock station in Fort Wayne, and MTV.  Yeah, I listened to Pantera, Corrosion of Conformity, and some Anthrax (still do).  But I think it is this grunge/alt rock era that stirs the most very vivid and fond memories from my high school days.  I will therefore be taking a lifeline today and deliver to you my top ten high school tracks.

This list of songs have been so fused with friends, ex-girlfriends, places and events that a song can hit me strong when played today.  It's really pretty cool that one of these songs can do this, so many years later.  So, in no particular order the top 10 high school tracks that evoke consistent and rich memories: 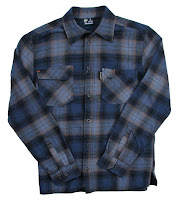 I'm really glad that I have never given up on looking for new music.  It's all been money well spent. I don't mind at all that these tracks listed have the distinction of being among the first batch of albums that I listened to all the time and everywhere.  To me, these songs have become timeless.

Writing about my grunge era has really got me thinking about the 80s hair metal era that predates high school.  I can almost guarantee I could assemble a playlist from that era that would rock you like a hurricane.  Though the Scorpions would not be on that list.  Anyway, For now I'll spare you the junior high cassette tape super mix.
Posted by Unknown at 7:55 PM