Time for a lifeline.  I'm not going to write about today's topic as my day is looking to be too busy to accomplish its goal.  Instead, I'm using a lifeline.  That is, choose a topic from a list provided by ThinkKit. So, I'm going to write about my favorite new or old band discovered in 2012.  This excludes my favorite albums from bands I already listen to, which would alter my choice (Pig Destroyer's 2012 release, Book Burner.  Anyone? Bueller? Anyone?).

First, a disclaimer.  I did not grow up on punk rock.  I do not live the "punk rock lifestyle", whatever that means, and I don't aspire to.  I don't try to sit here and say I listened to Black Flag and Minor Threat when I was a kid.  Growing up, we were rather isolated and left to the devices of MTV. Rancid and Blink 182 were about as punk as rock as I got.  For me, it was almost all metal, grunge, Stryper, and Weird Al Yankovic.  It was only years later when I moved into punk, primarily because this is the music genre that is still producing exciting, mostly original work.  I love sing along gang vocal choruses and usually lots of beats per minute.  So, punk rock is in pretty heavy rotation these days. 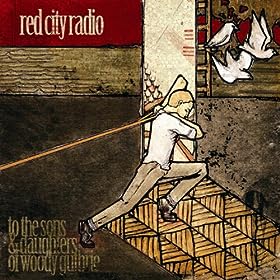 With that introduction out of the way, the new band I really got in to this year was Red City Radio.  In particular, I really got some mileage out of their EP, "To the Sons and Daughters of Woody Guthrie", as well as their full length, "The Dangers of Standing Still."  There are some really inspirational lyrics and ideas in these two releases. 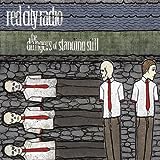 For instance, the title alone to, "Spinning in Circles is a Gateway Drug" is enough to inspire me to not be content with my current situation in life outside of my family and personal life.  I like the Back to Future inspired title, "Where We're Going We Don't Need Roads". and most definitely the inspiration within - 'We can make this world a better place, you and I'.  Last in this not so exhaustive list of reasons why I love this band is the track, "We are the Sons and Daughters of Woody Guthrie", because, well, I think we should be.  After all, "This Land is Your Land" was one of the earliest songs I can remember singing in Sunday School and the meaning behind the song is something we Americans are maybe losing site of and need to at least consider the implications of doing so.  I also like,
"A Brief Lesson in Repetition", as it bites a little bit with its social commentary:

I know punk rock isn't for everyone, but I encourage you to at least read through these lyrics and understand that they speak to a mid-30s midwesterner still trying to figure how he's going to step up and significantly contribute to his community and country. Someone who's not sure what he wants be when he grows up but at least knows what he's done to date probably isn't that.

While watching these videos, look past the lead singer's hat.  Apparently it's his signature thing.  For some reason it kind of gets to me after I see it on him in every single video or picture. .


Spinning In Circles is a Gateway Drug

We Are the Sons and Daughters of Woody Guthrie

Email ThisBlogThis!Share to TwitterShare to FacebookShare to Pinterest
Labels: thinkkit